The LASDB Prize is awarded to an outstanding researcher who has made a major contribution to developmental biology, and has shown an active involvement in Latin American science. After considering her scientific achievements, along with her strong contributions to research in Ecuador, and in general to promoting Developmental Biology in Latin America, the Prize Selection Committee arrived to the unanimous decision.
The award was made at 10th Congress of the LASDB-2019 Buenos Aires where Eugenia gave a plenary lecture.
Congratulations Eugenia !!!

-----
Dr. Eugenia M. del Pino is an outstanding developmental biologist, whose contributions in science go beyond her research in non-model amphibian species.
As a female scientist, developing her career in the 70’s, Dr. del Pino faced many challenges, but her creativity, vision and passion resulted in developing her scientific program around the study of the marsupial frog Gastrotheca riobambae. Although it is hard to summarize her scientific contributions in a single page, some highlights include: a) The discovery of multinucleated oogenesis and of a new mode of development in amphibian species of hemiphractid frogs; and b) the introduction of new amphibian species for comparative studies of Developmental Biology. Dr. del Pino discovered extensive modularity in developmental processes that guide the blastopore closure and notochord elongation in amphibians, and its correlation with reproductive modes and ecological adaptations.
Dr. del Pino introduced the field of Developmental Biology to Ecuador and for a long time Pontificia Universidad del Ecuador (PUCE), her home institution, was the only University in Ecuador with a theoretical and practical undergraduate course in this subject, and her laboratory was the only highly productive Developmental Biology research laboratory. Her research programs were mainly driven by undergraduate students, as no graduate programs were available in Ecuador at the time. Scientific collaboration was one of her strengths. She partnered with scientist from USA, Japan, UK and Germany. She did so informally, or through programs including the Alexander Von Humboldt and Fulbright fellowships.
Dr. del Pino played a fundamental role in the advancement of science in Ecuador. She is founding member of the Ecuadorian Society of Biology and the Ecuadorian Academy of Sciences, and board member of the Charles Darwin Foundation for Galapagos Islands research and conservation. She also contributed to the advancement of Science, and Developmental Biology in Latin America as an active member of the Society of Developmental Biology and part of the founding members of the LASDB. She also served as Member of the Board of Directors of the Iberoamerican Society for Cell Biology. Furthermore, Dr. del Pino’s academic career transcended internationally, as she is the first and only Ecuadorian citizen that has been recognized as member of the National Academy of Sciences. del Pino is also member of the American Academy of Arts and Sciences, and Fellow of the Academy of Sciences for the Developing World (TWAS).
Dr. del Pino’s productive scientific career resulted in training of what is now an active generation of Latin American scientists. Dr. del Pino’s success and recognition in science results from her dedication and ability to train undergraduates in research. Her publication record is a testimony to her scientific commitment to undergraduate training, as many co-authors are her own undergraduate students. Dr. del Pino trained over 300 students through both her teaching and research. From her undergraduate trainees, at least eight of us have established our own research labs.

Roberto Mayor from the University College London was the winner of the first LASDB Prize in Developmental Biology. 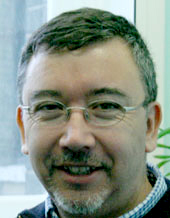 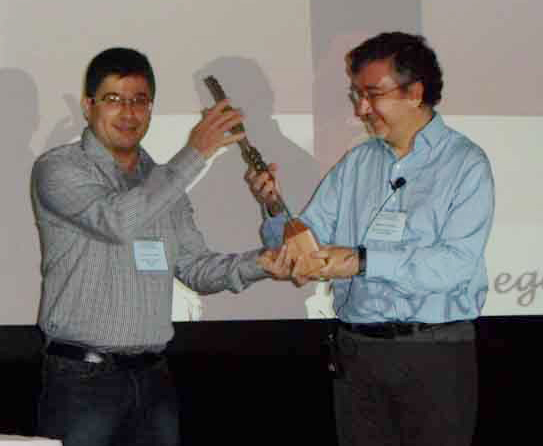 The LASDB Prize is awarded not more than once a year to a person who has made a major contribution to developmental biology.  The award is made at the LASDB meeting, where the winner will be invited to give a plenary lecture.

Nominations:
Nominees should be outstanding developmental biologists. Nominations should be sent directly to the LASDB president by the closing deadline. Nominations should consist of a short statement of support (maximum 1 page A4) from a proposer, stating why the candidate is suitable for the prize. Self-nomination is not allowed. Neither the proposer, nor the candidate needs to be LASDB members. It is desirable, but not essential, for the nominee to have shown a positive impact in Latin American science.

We are happy to announce the reestablishment the LASDB Prize that is to be awarded to outstanding developmental biologists, which might have shown (desirable but not essential) an involvement or active interest in Latin American science. The Prize has been awarded only once by our Society to Roberto Mayor in 2013 and it is now our intention to reestablish the prize and select an awardee on a regular basis every two years.
Any of you can nominate a candidate. Nominations should be sent directly to the LASDB president (Email address: pwappner@leloir.org.ar) by the closing deadline on November 15. Nominations should consist of a short statement of support (maximum 1 page A4) from the proposer, stating why the candidate is suitable for the prize. Self-nomination is not allowed. Neither the proposer, nor the candidate need to be LASDB members. The Committee will select the awardee by December 15.
The LASDB Prize Selection Committee is formed by Eric Wieschaus, Marianne Bronner, Angela Nieto, Alfonso Martinez Arias, Eddy de Robertis, Ruth Lehmann, Maria Leptin, Claudio Stern, Alejandro Sanchez Alvarado, Guillermo Oliver, Roberto Mayor and Pablo Wappner.
Thanking in advance and looking forward for nominations.

The budget of the Society depends on the timely payment of the fees.